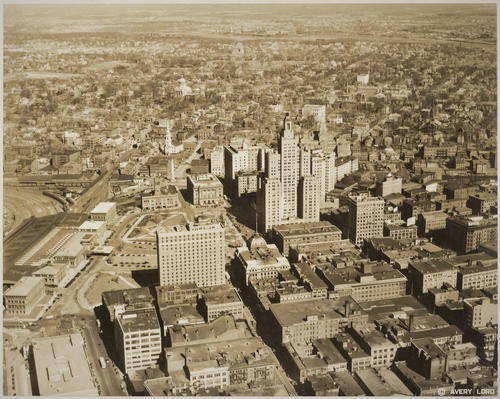 Aerial photograph of downtown Providence, Rhode Island, looking east. The train station is at far left and City Hall with the empty flagpole on its roof is in the center. Burnside Park is between the train station and City Hall. The building with ground-floor arches directly across the plaza from City Hall was the Providence post office, courthouse and custom house until 1961. Since then, it's been a U.S. District Court House.