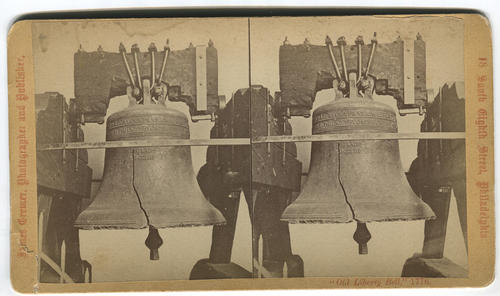 Stereoview featuring a close up view of the Liberty Bell.